One simple way to make your food more nutritious  is to make something homemade that you would normally eat canned. Today we are making a salsa fresca, also known as pico de gallo. The challenge is to swap this out for canned salsa.

First, the grocery list to give to your parents:

Now, let’s do some chopping. First, wash your tomatoes off in the sink, then cut the cores out.

Next, cut your tomatoes in half from the top where you just cut, to the bottom.

After they are halved, we are going to gut the tomatoes. Never gutted a tomato before? This just means to remove all of the extra juices so our salsa doesn’t end up soupy. 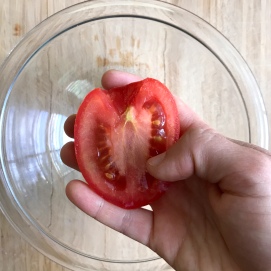 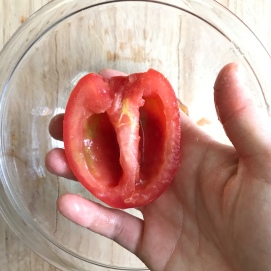 Take the tomato half and also get a bowl to put the guts in. Use your finger to scoop out the more juicy inside of the tomato that has the seeds out into your bowl. It should end up looking something like this: 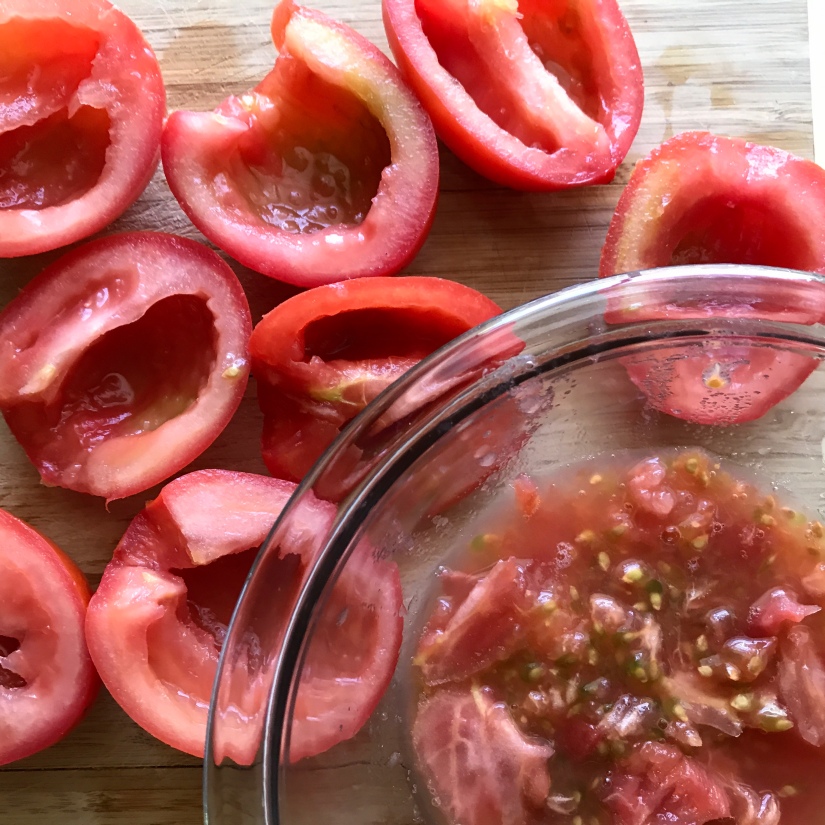 After all tomatoes are gutted, chop the four tomatoes and 1/2 the yellow onion into small pieces.

Create Tip: Not sure of the best way to cut an onion? Stay tuned for a new post in coming weeks…

Pour both into a bowl and mix. Next, grab a large handful of cilantro.

Create tip: If you want a strong cilantro flavor, you can use some stems. If you want the flavor to be more mild, only use the leaves!

We are now going to chop the cilantro. Follow these three steps to make the chopping easier: 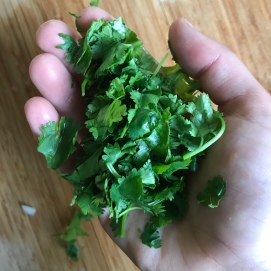 Mix your chopped cilantro in with the other ingredients. 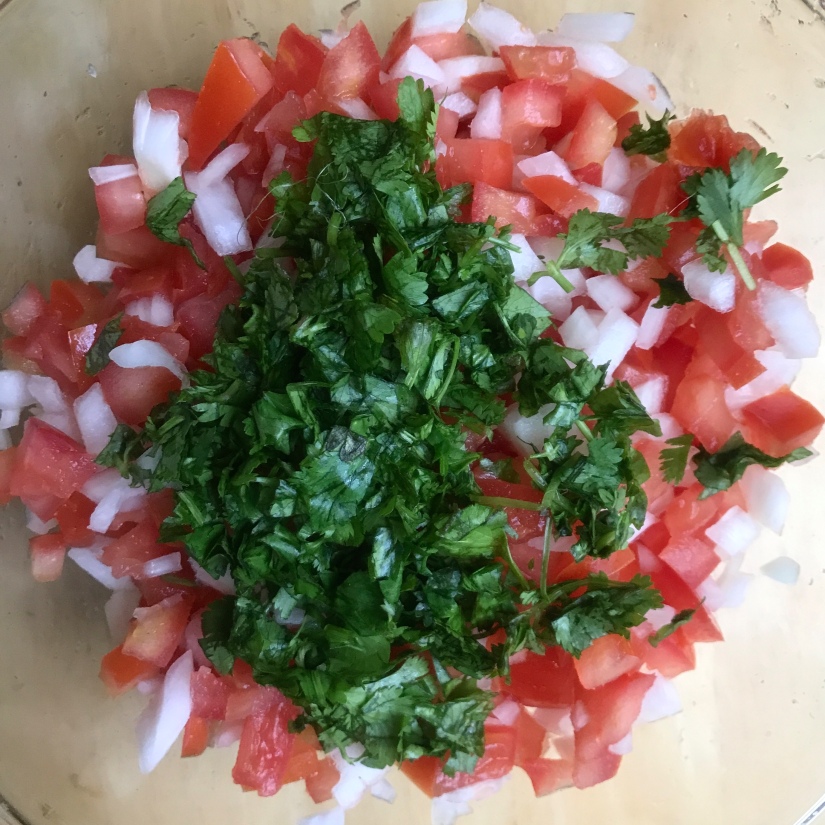 Now, for some fresh lime! Slice your lime into four wedges. Squeeze all of the juice from two of those wedges (1/2 lime) into your mixture.

The finishing touch to bring out the flavor in our fresh salsa is salt. We used a 1/4 teaspoon.

Create tip: Because most of us get too much salt in our diet, only add as much as you need for flavor. Start with a small sprinkle, and slowly add until the taste is where you want it to be. 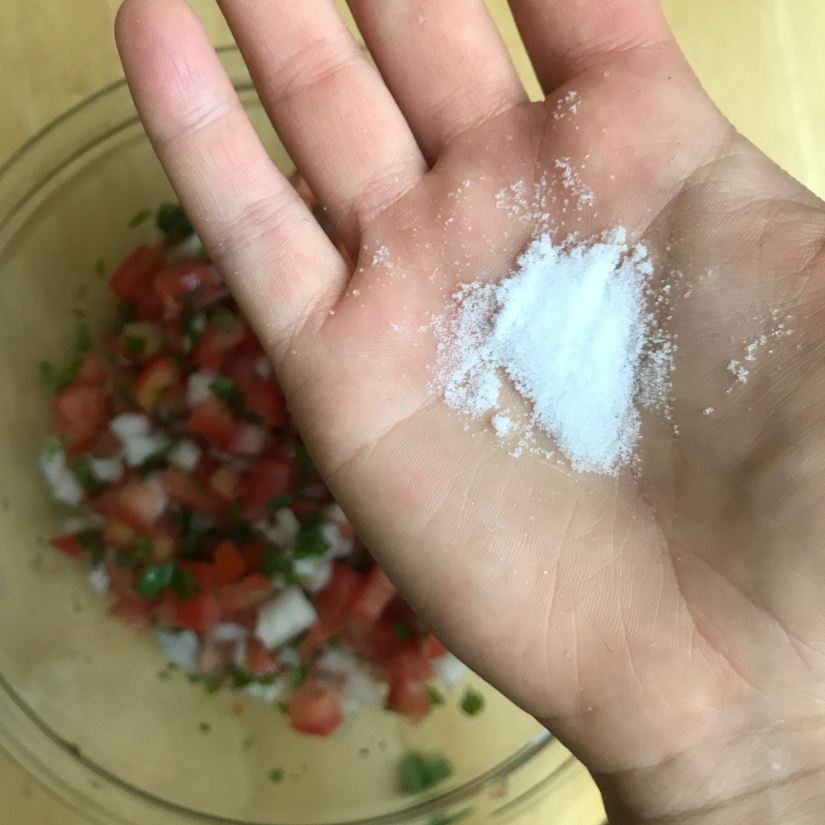 Mix in your salt and lime juice. Taste test with a tortilla chip, and feel free to add more of an ingredient if you think it needs it.

Create Tip: If you would like a spicy salsa try adding some serrano and jalapeño pepper.

Here are a few ideas for eating this simple salsa. Try using it wherever you would use canned salsa.